You are here: Home / Archives for Open Source

The Apache ODF Toolkit 0.5 (incubating) release is now available for download.  Detailed change notes are also posted.  The ODF Toolkit is a Java library for reading, writing and creating ODF documents.  It is entirely in Java and does not require that you install a desktop editor like OpenOffice.  It operates directly on the file format and is suitable for server-side use, for tasks such as document automation, report generation, information extractions, etc.

As mentioned in a previous post, the Java components from the ODF Toolkit Union have moved over to Apache.  Since this open source project was already using the Apache 2.0 license, the work required to achieve our first Apache release was relatively straightforward.    The major task was to take the various components of the Toolkit, which were treated as independent projects at the ODF Toolkit Union, and get them to work better together as a single Toolkit, e.g., build together using the same version of the JDK, package them together into a consolidated release bundle.  Not rocket science,  but it did require some iteration.

We’re starting now to put together a plan for the next release and future releases.  Some of the items under consideration include:

If you are interested in learning more about the ODF Toolkit, you should visit our website.   If you have further questions, we have a users list and a development list that you are welcome to join.

If you know some Java and are interested in ODF, I’d encourage you to take a look at this project and consider participating.  We are a small, international, welcoming group working on this project,  with a strong focus on quality.  Come, take a look.

So what is this project and what is it good for?

This project consists of Java libraries and tools for working with ODF documents.  Not editors, not viewers, not anything with a user interface.  These are not end-user tools.  These are tools for developers who need to write programs that read, write or manipulate ODF documents.  These tools do not require that you have any ODF editor installed.  They operate directly on the files.  So they are ideal for running on a server, for things like report generation, information extraction, document validation, conversion,  etc.   We have a page of demos that gives a good idea of the range of things possible with the ODF Toolkit.

ODF, unlike the previous generation of binary document formats, is also an open standard.  You can read and write ODF documents freely.  But writing the code to understand the nitty-gritty of the ODF format is a considerable task.  The ODF Toolkit makes this easy for Java programmers.  How easy?  Here is a “hello world” text document:

Other tasks, like change styles, combining presentations slide decks, searching and replacing text in a document, extracting text from a document are also simple.  More examples that give a flavor of the ODF Toolkit are in the “cookbook“.

But along with the “Simple API” the ODF Toolkit has the ODFDOM layer.  This layer allows you to get to every part of an ODF document, at the finest grain level.    Some tools out there give you only a high level API but then leave you hanging if you want to do something more complicated.  Not so with the ODF Toolkit.  If you want to drill down and adjust the line spacing of a bullet list in a footnote,  then you can do it.

These components enable innovation on top of ODF, innovation that thinks “outside the editors” and “beyond office”.

So how do you get involved?  If you want to help with the project then I invite you to sign up on the project’s development mailing list.  And if you have questions about using the ODF Toolkit,  but don’t want the additional email traffic from the dev list, then you can sign up for the users list.  Of course, I’ve signed up for both lists.  I hope I’ll see you there! 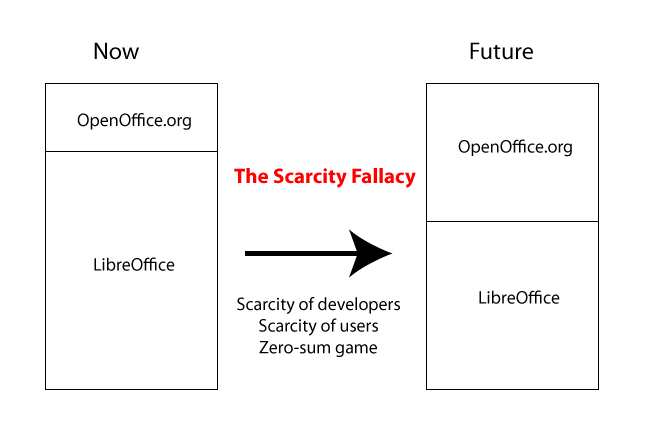 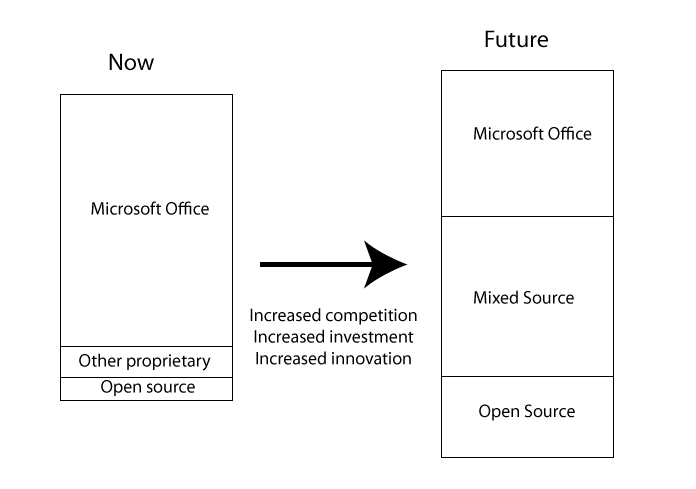 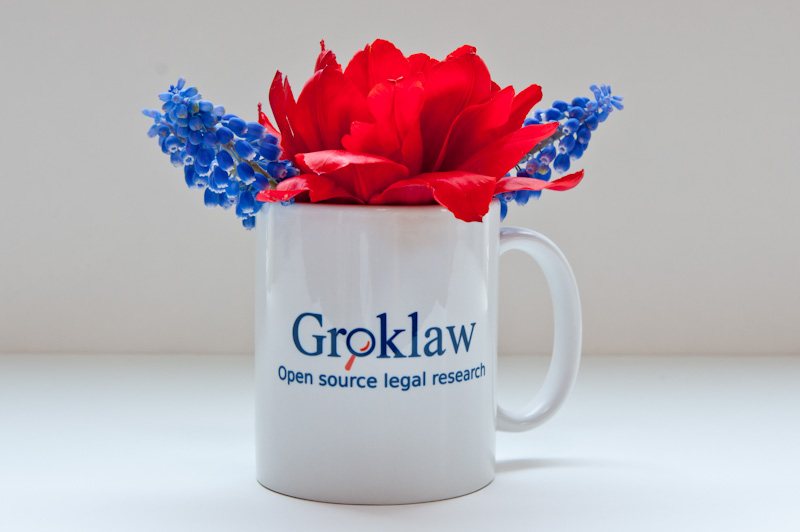 There was a time when daggers were drawn on Linux and its demise was plotted in dark detail.  At that hour stepped out a shieldmaiden with a blog, and that blog was Groklaw.   Eight years later, we hear the news that Groklaw will cease new postings after May 16th.  My sadness in hearing this news is more than equaled by my gratitude to PJ and her community of researchers and commentators, for their enormous effort and unparalleled achievement over these years.   The world is a better place because of PJ.  Who can hope to say better?

As a retrospective of a different kind, I’ve taken the titles from every Groklaw article since its start and created a “word cloud” from them, using Wordle.  This shows, at a glance, the issues that have dominated the attention of Groklaw over the years. 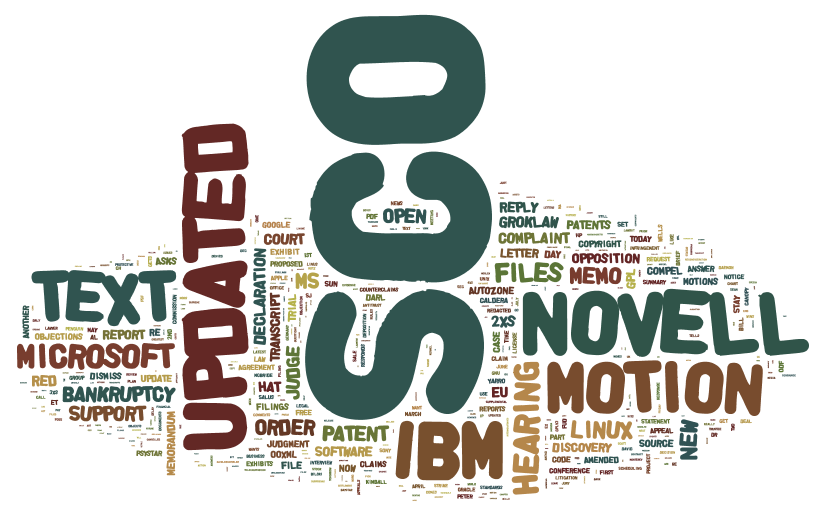