OASIS ODF 1.2, the current version of the Open Document Format standard, was approved by ISO/IEC JTC1 National Bodies after a 3-month Publicly Available Specification (PAS) ballot.  The final vote for DIS 26300 was:  17-0 for Parts 1 and 2, and 18-0 for Part 3.

Of course, this is a very good result and all those involved, whether TC members and staff at OASIS, implementors, adopters and promoters of ODF and open standards in general should be pleased and proud of this accomplishment.

This was a team effort, obviously, and I’d like to give special thanks to Patrick Durusau  and Chris Rae on the ODF TC for their special efforts preparing the PAS submission for ballot, Jamie Clark from OASIS for putting together the submission package and Francis Cave, Alex Brown, Murata Mokoto and Keld Simonsen in JTC1/SC34/WG6 for their continued advice, feedback and support.

Since comments were received by Japan and the UK,  we now start the comment disposition process.  The SC34 Secretariat will determine whether a Ballot Resolution Meeting (BRM) is required, or whether the comments can simply be handed to the Project Editor for application to the specification prior to publication.   One way or another, there will be a little more work before publication of the ODF 1.2 International Standard.

The OASIS ODF TC continues work on ODF 1.3, with renewed vigor.  After nearly a decade of involvement with ODF, and many years leading the committee, I’ve stepped down.   The TC has elected Oliver-Rainer Wittmann, a long-time TC member, ODF implementor and a familiar face at ODF Plugfests, to take over.   I’m currently exploring other areas related to open innovation (open standards, open source, open data, open APIs).  If you know of anything interesting, https://linkedin.com/in/rcweir.

I’ve been thinking some more on the past, present and future of documents.   I don’t know exactly where this post will end up, but I think this will help me clarify some of my own thoughts.

First, I think technology has clouded our thinking and we’ve been equivocating with the term “document”, using it for two entirely different concepts.

One concept is of the document as the way we do work, but not an end-in-itself.  This is the document as a “collaboration surface”,  short-lived, ephemeral, fleeting, quickly created and equally quickly forgotten.

For example, when I create a few slides for a project status report, I know that the presentation document will never be seen again, once the meeting for which it was written has ended.  The document serves as a tool for the activity of presenting status, of informing.  Twenty years ago we would have used transparencies (“foils”) or sketched out some key points on a black board.  And 10 years from now, most likely,  we will use something else to accomplish this task.    It is just a coincidence that today the tools we use for this kind of work also act like WYSIWYG editors and can print and save as “documents”.  But that is not necessary, and historically was not often the case.

Similarly, take a spreadsheet.  I often use a spreadsheet for a quick ad-hoc “what-if”  calculation.  Once I have the answer I am done.  I don’t even need to save the file.  In fact I probably load or save a document only 1 in 5 times that I  launch the application.   Some times people use a spreadsheet as a quick and dirty database.  But 20 years ago they would have done these tasks using other tools, not document-oriented, and 10 years from now they may use other tools that are equally not document related.  The spreadsheet primarily supports the activity of modeling and calculating.

Text documents have myriad collaborative uses today, but other tools have emerged  as well . Collaboration is moved to other non-document interfaces, tools like wikis, instant messaging, forums, etc.  Things that would have required routing a typed inter-office memo 50 years ago are now done with blog posts.

That’s one kind of document, the “collaboration surface”, the way we share ideas, work on problems, generally do our work.

And then there is a document as the record of what we did.  This is implied by the verb “to document”.   This use of documents is still critical, since it is ingrained in various regulatory, legal and business processes.  Sometimes you need “a document.”  It won’t do to have your business contract on a wiki.  You can’t prove conformance to a regulation via a Twitter stream.  We may no longer print and file our “hard” documents, but there is a need to have a durable, persistable, portable, signable form of a document.  PDF serves well for some instances, but not in others.  What does PDF do with a spreadsheet, for example?  All the formulas are lost.

This distinction, between these two uses of documents,  seems analogous to the distinction between Systems of Engagement and Systems of Record, and can be considered in that light.    It just happens that each concept happened to use the same technology, the same tools, circa the year 2000,  but in general these two concepts are very different.

The obvious question is:  What will the future being?   How quickly does our tool set diverge?   Do we continue with tools that compromise, hold back collaborative features because they must also serve as tools to author document records?   Or do we unchain collaborative tools and allow them to focus on what they do best?

The PAS transposition process starts with a two month “translation period” when National Bodies may translate the ODF 1.2 specification if they wish.  This is then followed by a three-month ballot.   Following a successful ballot any comments received are reviewed by all stakeholders and resolutions determined at a Ballot Resolution Meeting (BRM).

I am notoriously bad at predicting the pace of standards development, but if you add up the steps of the process, this looks like a ballot ending in Q4 and a BRM around year’s end.

The Apache ODF Toolkit 0.5 (incubating) release is now available for download.  Detailed change notes are also posted.  The ODF Toolkit is a Java library for reading, writing and creating ODF documents.  It is entirely in Java and does not require that you install a desktop editor like OpenOffice.  It operates directly on the file format and is suitable for server-side use, for tasks such as document automation, report generation, information extractions, etc.

As mentioned in a previous post, the Java components from the ODF Toolkit Union have moved over to Apache.  Since this open source project was already using the Apache 2.0 license, the work required to achieve our first Apache release was relatively straightforward.    The major task was to take the various components of the Toolkit, which were treated as independent projects at the ODF Toolkit Union, and get them to work better together as a single Toolkit, e.g., build together using the same version of the JDK, package them together into a consolidated release bundle.  Not rocket science,  but it did require some iteration.

We’re starting now to put together a plan for the next release and future releases.  Some of the items under consideration include:

If you are interested in learning more about the ODF Toolkit, you should visit our website.   If you have further questions, we have a users list and a development list that you are welcome to join.

If you know some Java and are interested in ODF, I’d encourage you to take a look at this project and consider participating.  We are a small, international, welcoming group working on this project,  with a strong focus on quality.  Come, take a look. 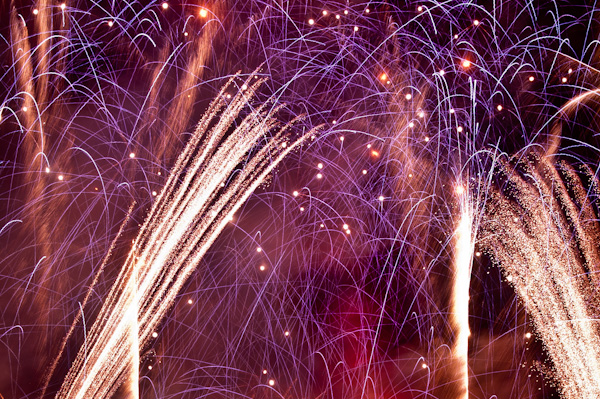